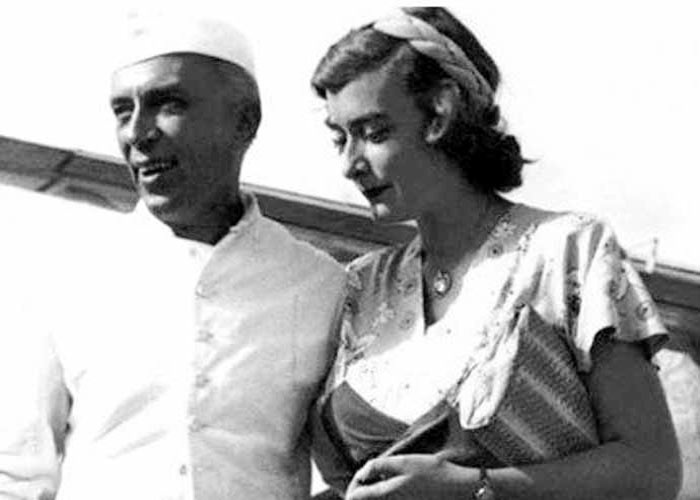 The 17 York Road (now Moti Lal Nehru Road) Lutyen Zone bungalow was the first official residence of Pt. Jawaharlal Nehru when he came to Delhi to head the interim government in 1946. He lived there till there till August 1, 1948 before he moved to the Robert Tor Russell designed Teen Murti house.

When India got freedom on August 15, 1947, Pt. Nehru went to Red Fort to address the nation from this 17 York Road. 17 York Road was used as his headquarters during the whole period of negotiations for India’s independence.

In his book “Partition to Operation Bluestar – Tales of a Journalist, Bureaucrat, Spy”, Som Nath Dhar says: “I was working in Prime Minister house, one day, there was another call for Nehru from Sir Girija (Sir Girija Shankar Bajpai, the Secretary-General of the External Affairs Ministry), but I could not find Panditji anywhere.

Sir Girija said he needed to talk to Nehru urgently, so I should get him to call back as soon as possible… I went looking for him there and came upon Nehru and Lady Edwina Mountbatten sitting close together under a tree in a somewhat secluded part of the garden. As I came running up, they quickly pulled apart and Lady Edwina let out a muffled cry.

Nehru calmed her down, telling her not to worry. I gave Panditji the message. He looked up at me and said, ‘Main baat karta hoon aapse’. It is said that Edwina was very regular visitor to 17 York Road.”

Once India got freedom from the vice-like grip of the British government, communal riots broke out in different parts of the country. Refugees from Punjab were pouring into Delhi. They had many grouses against the government for not ensuring their safety.

Yet, 17 York Road remained unguarded and anybody could walk into the main hall of the house, which was used as the reception room. Considering the scary present times we live in, it looks impossible that anybody can enter the house of a top leader so easily and without frisking.

In 17 York Road, no entries had to be made in any register, no names were asked – people just walked in and out at will. When Pt. Nehru was living at 17 York Road, Indira Gandhi or her family was not staying with there.

While staying at 17 York Road, Pt. Nehru used to visit Birla house at Albuquerque Road (now Tees January Marg) very often to meet Gandhi ji. Of course both these places were very nearby. Sometimes he calls cabinet meets of his interim government here only.

It is said that when communal tension gripped Delhi, M. Mathai, the personal assistant to Nehru brought a posse of policemen to guard the house and they set up camp in the spacious grounds around it. When Panditji came back from his office in the evening, he was shocked to see the cops on the premises.

He asked Mathai who had allowed them to put up a tent in the garden. Mathai tried to plead with Nehru to allow the policemen to guard the house, but Nehru was adamant and told him that he does not want to see any policemen in his home. After facing rebuke from his boss, Mathai asked guards to pitch a small tent on the back side of the bungalow.

Further, they were not permitted to come to the front lawn or the front of the house; nor were they given the authority to stop people from coming or going to Nehru’s residence.

This house had seen many informal meetings/lunch meetings between Pt. Nehru and the Kashmiri community of Delhi. A very vibrant Kashmiri community was settled in Old Delhi since long. Dwarka Nath Kachru, political assistant to Nehru ji, used to organise such meetings. Although Nehru was not born in Kashmir, he was a Kashmiri by ethnicity.

Once the Kashmiri community in Delhi decided to invite him for a lunch, Nehru accepted the invitation but with a rider that it would be held at 17 York Road. It was meant to be an informal community affair for all Kashmiris, Hindus as well as Muslims. The dinner was a sit-down affair.

Guests were squatted on a richly carpeted floor with enormous cushions. The food was a judicious mix of non-vegetarian as well as vegetarian dishes, prepared by Kashmiri cooks, and was served in traditional style in big steel plates. Every plate had 20 ‘katoris’ (small bowls) on it.

Non-vegetarian delicacies, including Kashmir’s famed ‘rogan josh’, ‘yakhani’ and ‘tabakh maaz’ were served. The meal ended with phirni as dessert. T.N. Kaul, an ICS officer and a relative of Nehru ji, was also there at the lunch.

Once Urdu poet Gulzar Dehalvi, 93, the senior statesman of Kashmiri community of Delhi told this writer that “Pt. Nehru had never visit his in-law house at Sita Ram Bazar while living at York Road even though it was just couple of miles away from here”.  (Agency)