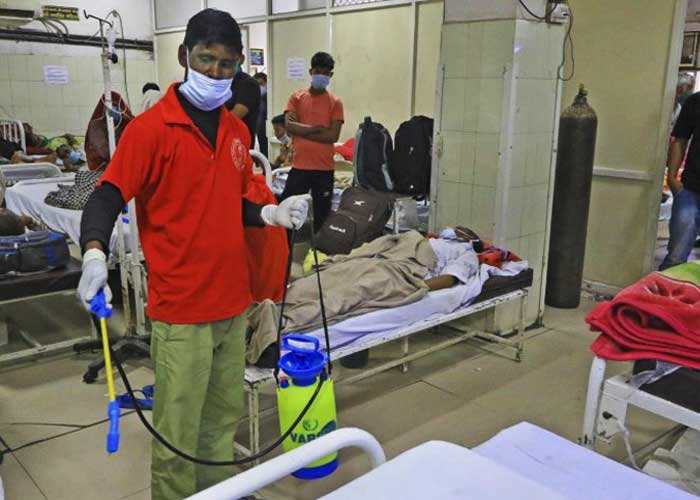 Fifteen new corona positive cases were reported in Rajasthan on Thursday, taking the total number of such cases to 133 in the state, said health officials.

Three new cases were reported from Udaipur, Dholpur, and Bharatpur which till now had no such case, said Health Minister Raghu Sharma.

In the morning, members of Tablighi Jamaat were found positive each in Jhunjhunu, Bharatpur and Dholpur.

Besides, there are 18 evacuees — nine from Jaisalmer and nine from Jodhpur and two from Italy.

A total of 21 patients have since tested negative and 11 discharged till date. Along with 14 Tablighi Jamaat members who tested positive earlier, the total count in the state comes to 133, said Singh.