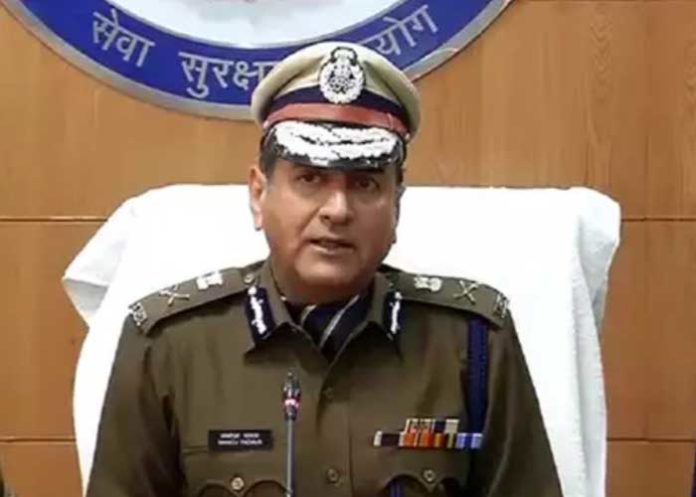 Continuing crackdown on anti-social elements to check crime rate, Haryana Police has busted 14 active criminal gangs involved in robbery, burglary, theft and other criminal activities in the month of October 2019. Besides, Police has also send 285 proclaimed offenders and 330 bail jumpers behind the bars.

While stating this here today, Director General of Police, Mr Manoj Yadava said that Police had worked out 55 cases and also recovered stolen property worth of Rs 59.30 lakh from the apprehended members. The criminal gangs busted include 2 gangs of robbery, 3 gangs of burglars, 5 of thieves and 4 engaged in other crime operating in various districts in the State.

The DGP said that the crackdown which began on October 1 was a part of special drive conducted in the entire State. Among the arrested 615 POs and bail jumpers, many of them were evading their arrest for a very long time.

Giving details of recent crackdowns, Mr Yadava said that Police had also nabbed 483 persons under the Narcotic Drugs and Psychotropic Substances Act during a special anti-narcotic drive conducted between August 20 and September 20, 2019 in the State. A total of 1204 kg drugs worth crores of rupees were also seized during this period.

He said that State Police constantly making efforts to check the crime rate as well as to trace and nab the notorious and most wanted criminals. We will continue to speed up our operations against the POs, bail jumpers and other hardened criminals in the State.