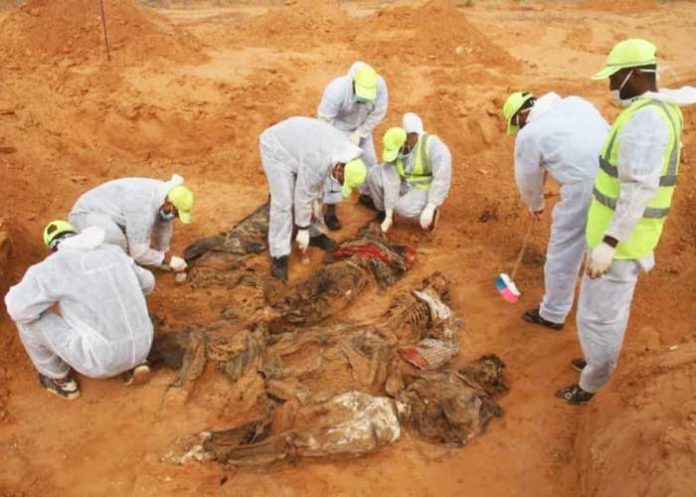 Tripoli, Oct 19, 2020-
Libyan authorities have announced the recovery of 12 unidentified bodies in mass graves in the city of Tarhuna, some 90 km south of the capital Tripoli.

Abdul-Aziz Jafri, spokesman of the General Authority for Research and Identification of Missing Persons, told Xinhua news agency on Sunday that the bodies were recovered from five newly discovered mass graves in the city.

A total of 86 bodies have been recovered in Tarhuna since the beginning of a search in June, while Tripoli has seen the recovery of 28 bodies so far, said Jafri.

The forces of the UN-backed Libyan government have been accusing the rival east-based army of mass killings in Tarhuna.

Tarhuna had been the main military operation centre of the east-based army before the city was taken over by the UN-backed government.

The fighting has killed and injured hundreds of civilians and displaced more than 150,000 others. (Agency)