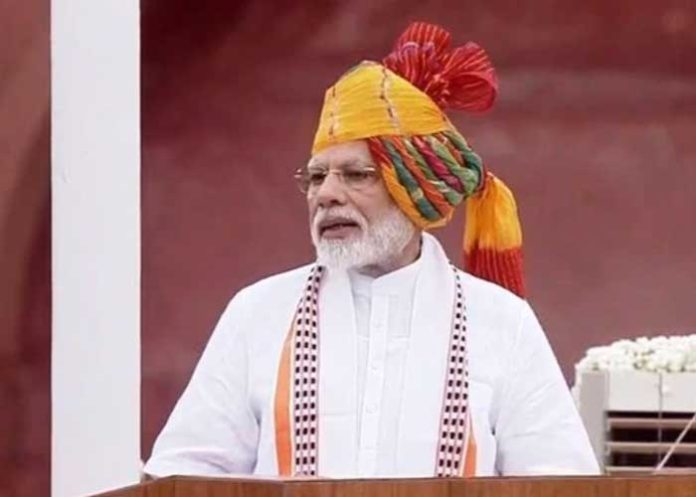 The one word that dominated the 100 days of Modi 2.0 report card was “nirnay” or decision. Clearly the idea was to showcase how the Narendra Modi government in its second avatar has been more decisive and bold in its approach.

“Tezi se desh hit ke nirnay (Quick decisions in favour of the nation),” is how Union Minister Prakash Javadekar summed up the first 100 days of the 303-strong BJP government on the driving seat.

The only and only point of focus though throughout the media conference was “Kashmir”.

Abrogation of Article 370, axing of Article 35A and bifurcation of Jammu and Kashmir took centre-stage during the over one hour presser as the government advertised its achievements with full throttle.

“In first 100 days we have made decisions of historic importance. The preparations for these decisions began before the elections and path-breaking targets were set for the first 100 days only,” said the Minister.

Talking about the growing normalization of Kashmir, he flaunted statistics of schools been thrown open and communication lines restored in phases. He even called a few articles by certain foreign media outlets as “fake news”.

Javadekar said, the Bill couldn’t be brought in, leave alone be passed by previous governments because of “vote bank politics”. It was a sharp dig at the Congress. The Muslim Women (Protection of Rights on Marriage) Bill, 2019 has made instant Triple Talaq a crime punishable by a three-year jail term.

The Modi government compulsorily retired 150 officers. Javadekar highlighted this as another achievement in the first 100 days. “There’s no place for corruption. We have sent out the message loud and clear,” said Javadekar.

The Amendment to the Motor Vehicle Act that hiked the fine was also advertised as an achievement though it had only come in the past one week. “Very soon you will have to deal with a scenario when traffic officers wont be able to fine anyone as everyone will be following traffic rules. That’s the goal,” claimed the Minister.

Though Congress lashed out at the Union government for the prevailing economic slowdown, Javadekar focused on the 5 trillion economy that is one of the main goals of the Modi 2.0.

Notwithstanding Congress’ criticism, merger of public sector banks was an achievement for the government, Javadekar said. Housing for all, pursuit to double farmers income and empanelling more hospitals under the Ayushman Bharat were tom-tommed by Javadekar.

Hitting back at the Congress, he said: “Congress has never seen the speed with which we have worked in these 100 days.”

Defending the slip of the GDP, he assured, “Very soon, it will come back on track.”

A surprise element of the government’s presser was the Jal Shakti Ministry projected as a ‘krantikari kadam’ (revolutionary step). Javadekar said, ‘Har Ghar Mein Jal’ can be achieved in five years and that will be historic.

The fact that the governmnet highlighted the existence of this Ministry as an achievement shows how serious the Modi2.0 Government is about the climate change.

With Chandrayaan-2 making a major stride in scientific achievements by India, the Centre is basking in its glory. The fact that the Prime Minister was seen hugging an inconsolable ISRO chief after the moon lander went missing for a few hours was highlighted prominently.

The BJP has also gone on a massive outreach to flaunt its achievements. Even the Prime Minister in a rally in Rohtak boasted about the Kashmir decision by saying, “Now India can take on any challenge”. Earlier in the day, BJP President Amit Shah congratulated Modi on completion of 100 days in power with a hashtag ‘MODIfied 100’.

With Modi’s birthday falling on September 17, the BJP has decided that the entire week leading up to the Prime Minister’s birthday will be observed as “Seva Saptah”.

All 303 BJP MPs have been asked to spell out what they could do in their respective constituencies to contribute to the “Seva Saptah” where these points will be taken to the electorate.  (Agency)